200 cases of each wine produced

2021 marks the Groth family’s 40th year of growing grapes and making Oakville Cabernet Sauvignon. It seems fitting that this is also the year we introduce our Oakville Neighbors Series, a trio of limited-production, single-vineyard Cabernet Sauvignons sourced from neighbor grower-partners who have helped make the Oakville appellation what it is today.

The Cabernet Sauvignon for this wine is from the Vyborny family’s vineyard in the southeast corner of the Oakville AVA along the Silverado Trail, directly across from the Rector Reservoir Dam below the Vaca mountains. In fact, rocks from this property were used to build the dam, which tells you something about the vineyard’s soil composition. This is a prized area of Oakville, with prestigious neighbors and crumbly, red iron soils sloughed off the Vaca range.

The Cabernet Sauvignon for this wine is from a 20-acre vineyard on the west side of Oakville owned by the Taddei family, which has had a homestead in Oakville for five generations. Groth has a long history with the Taddei family, currently as the sole purchaser of its fruit, and retired Groth Winemaker Emeritus Michael Weis worked with the family as far back as the 1970s.

The Lincoln Creek Cabernet Sauvignon comes from a vineyard owned by Ren Harris, sometimes referred to as the “grandfather of Oakville,” and his wife, Marilyn. Dennis and Judy Groth met Ren, then a real estate agent, two years before they moved to Napa. The vineyard is on the west side of Oakville at the base of the Mayacamas mountain range. 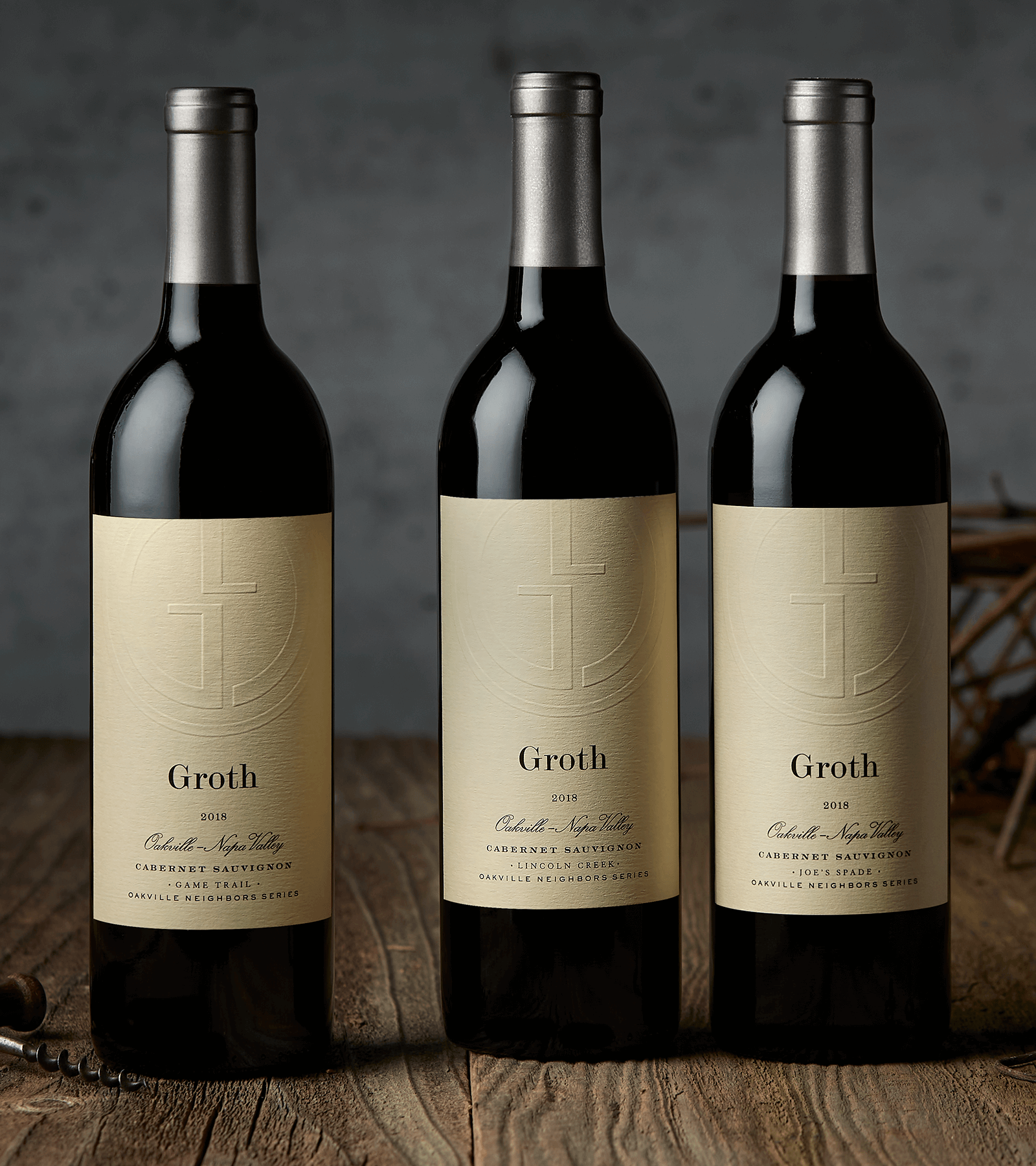 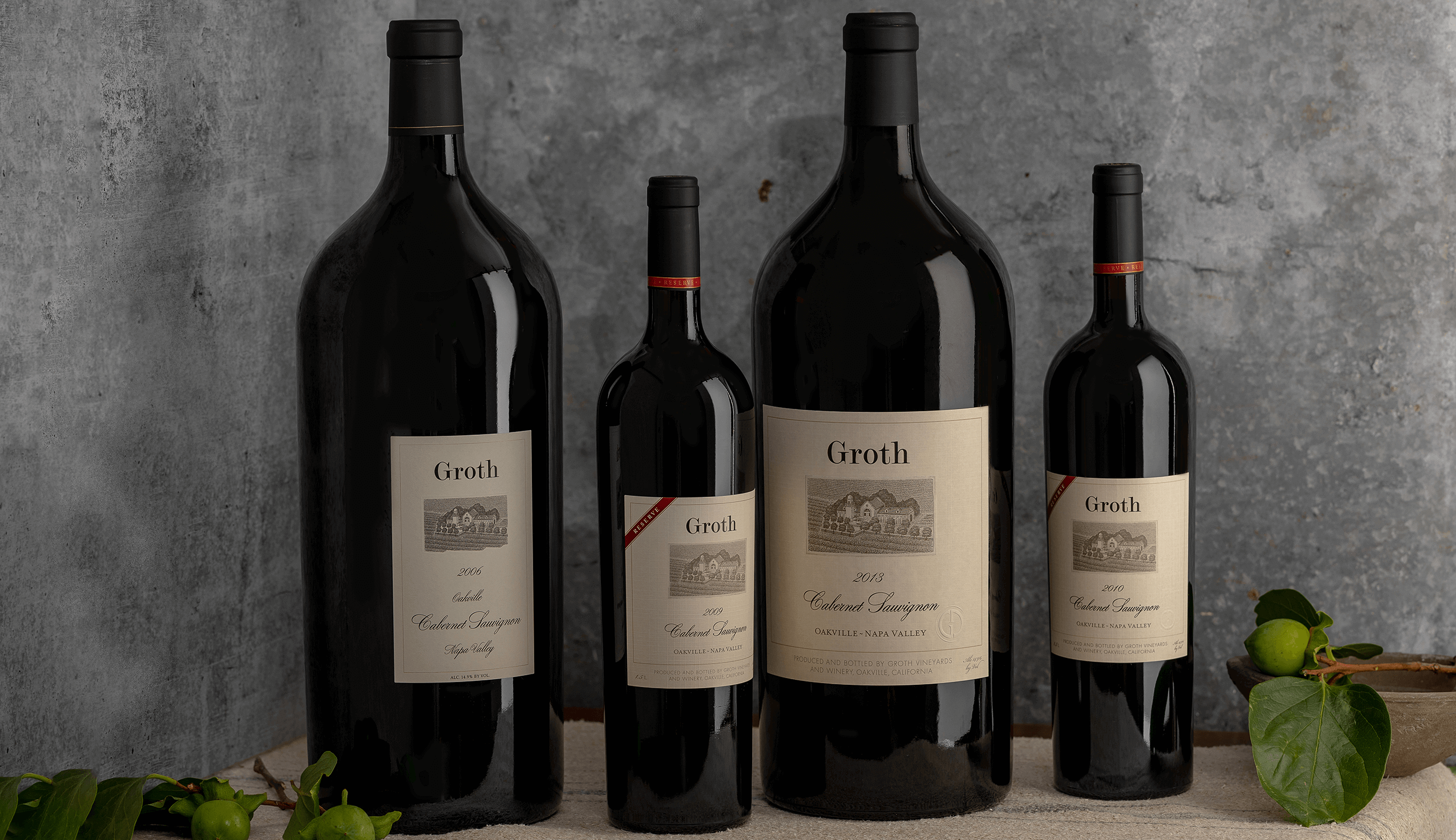 Where can you ship to?

All states except AL, AR, DE, IN, LA, MS, OK, RI, UT, WV and WY. Please note it remains illegal to ship wine to any community in the state of Kentucky that prohibits the local sale of alcohol ("dry communities").

When will I receive my wine?

Ground shipping orders will arrive in 7-10 business days. Orders with Overnight, 2-Day and 3-Day shipping will ship the same business day if placed by 9 a.m. Pacific. We do not ship over the weekend.

When will I receive my tracking information?

Your tracking information will be emailed to you once your package is scanned and the wine is in transit. 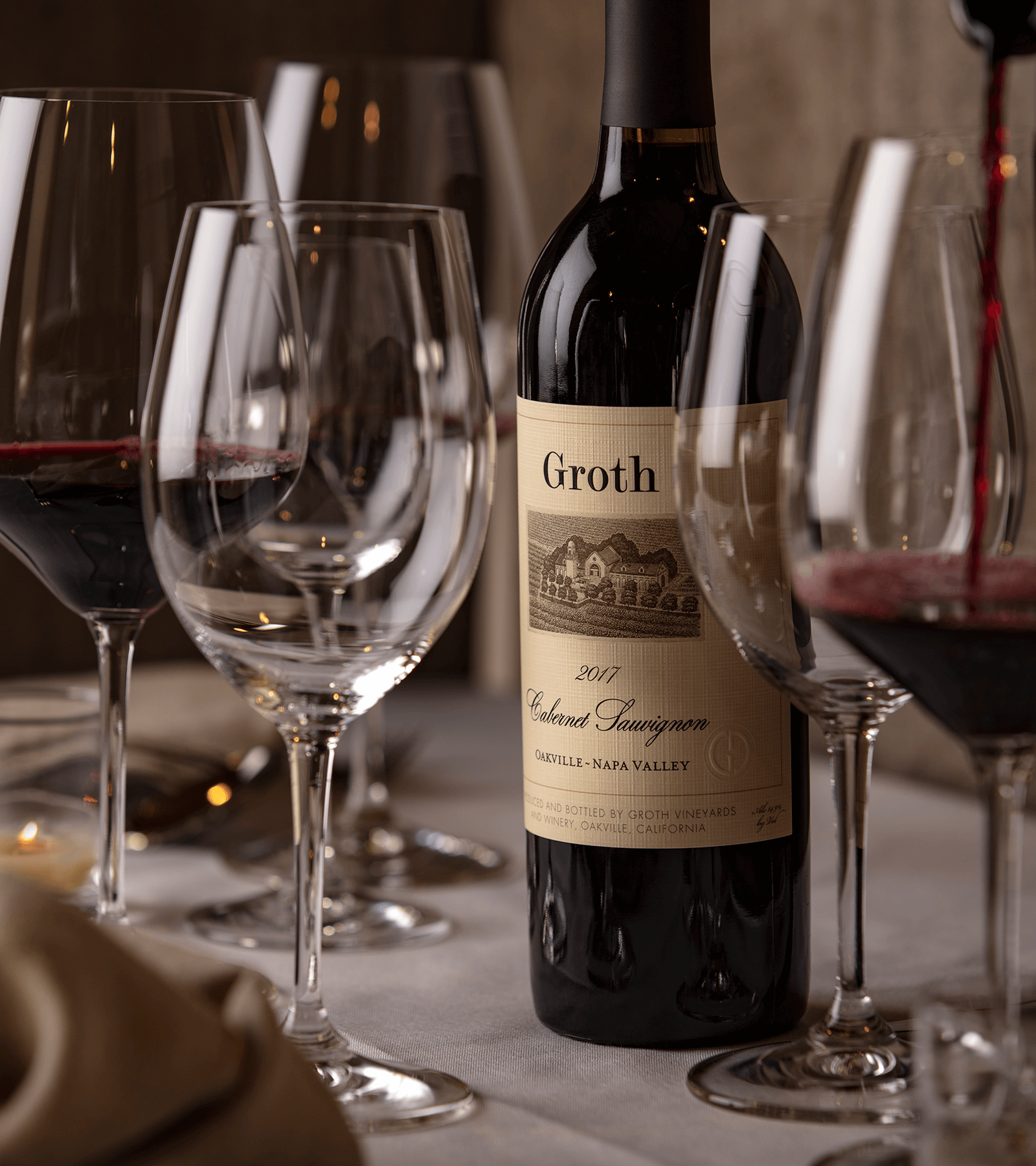 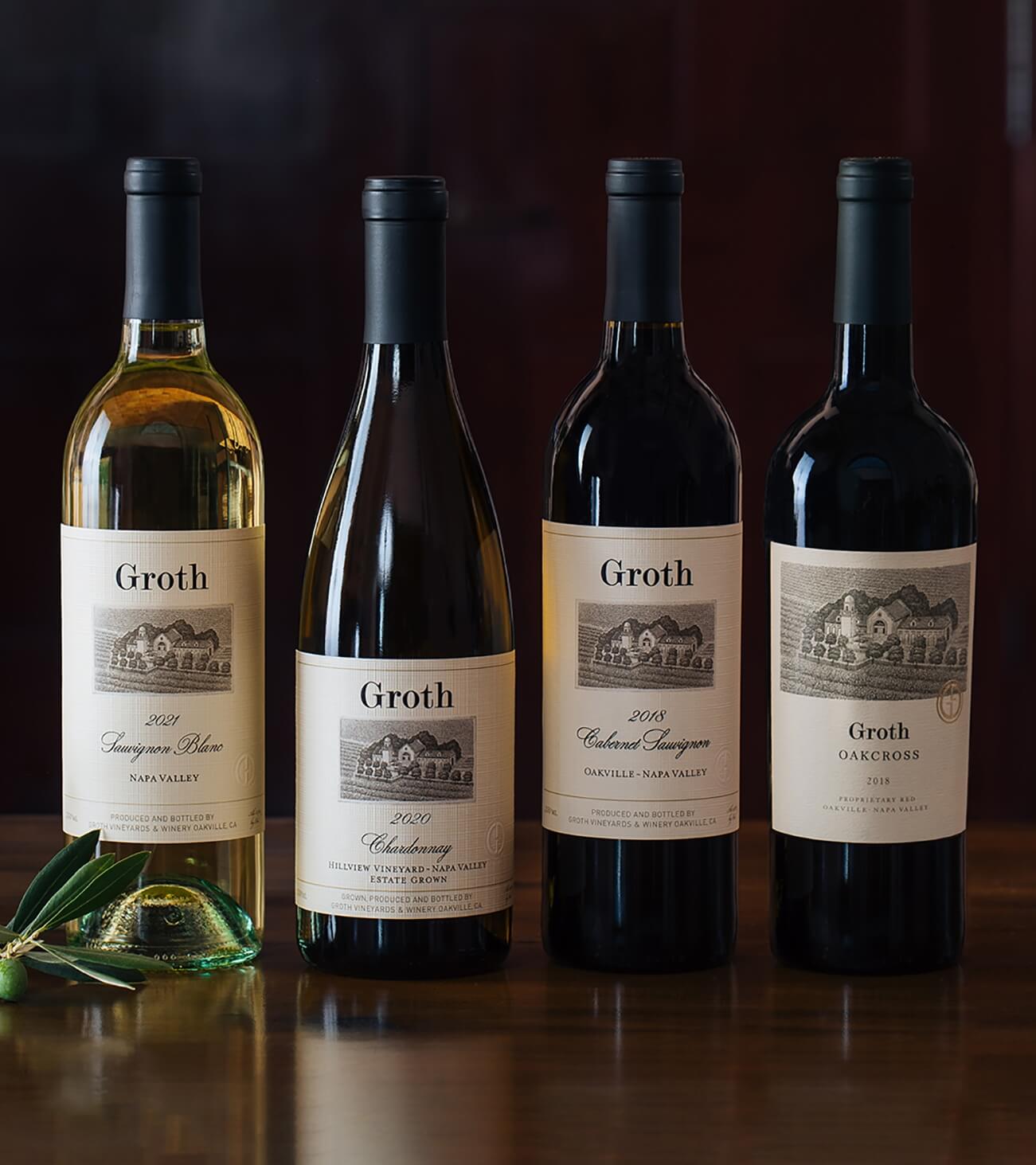 Shipping Included
Savor Groth at Home: Set of 4 Wines + Virtual Tasting
ADD TO CART
BUY A CASE
Back To Top
×
Manage Cookie Consent
To provide the best experiences, we use technologies like cookies to store and/or access device information. Consenting to these technologies will allow us to process data such as browsing behavior or unique IDs on this site. Not consenting or withdrawing consent, may affect certain features and functions.
Manage options Manage services Manage vendors Read more about these purposes
View preferences
{title} {title} {title}